It was categorized as a seven-star hotel for the luxury of services provided to the guest that  make them feel like royalty, despite being a five-star hotel.

Burj Al Arab Hotel is also one of the most important tourist places to go in Dubai, the most  luxurious hotel in the Emirates, and this is evident in every detail of its establishment, starting  with the unique architectural design that made it an icon of Dubai.

Where is Burj Al Arab located?

How to get to Burj Al Arab Hotel

Luxury begins when you request a car, as the hotel sends BMW or a Rolls Royce.

As for important figures and VIPs, they can reach Burj Al Arab Hotel by boarding a luxury  helicopter and lands on the roof of the hotel.

At the beginning, the aim of erecting Burj Al Arab was to become a famous landmark. As it  was designed in the form of a traditional Arab boat sail, and in order to complete the design in  harmony, an artificial island was established in the middle of the sea, on which the hotel have  been built, connected by a bridge over the water that connects from the beach to the island of  Burj Al Arab Hotel.

Thus, Burj Al Arab became for the viewer from afar, as if he saw a sailboat actually sailing in  the sea, as you can find and Download the perfect Burj Al Arab pictures and Burj Al Arab  Drawing. Burj Al Arab Hotel has won many international awards, including:

Other than the luxurious accommodation that you will enjoy, there are many events and  activities that add to the pleasure of your stay.

1- Monitoring and follow-up of rehabilitated turtles

Burj Al Arab administration in Dubai has been keen to activate environmental activities that  contribute to maintaining the ecological balance, and this is what it notices from seeing many  sea turtles swimming in the territorial waters of the Emirates, which were released after  receiving the necessary veterinary care.

Enjoy a unique entertainment experience when you stay at the Burj Al Arab Hotel, which gives  you a free entry card to the Wild Wadi Park, and you will enjoy swimming in the wave pool as  well as you can ride the artificial waves in Florida game, and children can enjoy in the Juha  Lake area.

For lovers of exciting water slides, you can enjoy a 120-meter slide in Jumeirah Sceirah. Working hours at Wild Wadi Park are from 10:00am to 6:00pm. Enjoy a tour in the deserts of Dubai City, through which you can touch the smallest details of  life in Burj Al Arab Dubai through desert safari trips, visit the Heritage Village, visit the Dubai Creek  coast, and tour the Gold Souk

You can enjoy swimming in Jumeirah Beach near Burj Al Arab Dubai or in the Arabian Gulf and  kayaking, surfing and sailing.

Enjoy a cruise along the Dubai coastline by driving a jet ski. Awe at the Burj Khalifa and  Dubai Skyscrapers and take great holiday snaps. Admire the mesmerizing JBR, Burj Al Arab,  Dubai Marina and the great Atlantis, the Palm during the ride.

4- The carpets furnished in Burj Al Arab Dubai Hotel were imported from India and South Africa. 5- 30 kinds of the most luxurious and rarest marble for Burj Al Arab floors and walls were  brought from Italy and Brazil.

6- Chandeliers were brought from Britain.

7- The Royal Suite has its own cinema screen, and it is accessed by climbing a golden  staircase.

8- All pillows and quilts are made of bird feathers imported from Iceland. 9- 10 million mosaic tiles were used to decorate Burj Al Arab pools.

11- The largest crystal in the world decorate the ceiling of Junsui Restaurant in Burj Al  Arab, Dubai

At Burj Al Arab Dubai you can find the most famous restaurants in Dubai, which includes restaurants  managed with unique international standards.

Eating in the atmosphere of Al Mahara Restaurant has a special feeling, as it is distinguished  by its transparent walls made of acrylic with great tolerance to pressure, which shows the  marine life under the surface of the water.

Enjoy the most delicious seafood, from the hand of world-class chef Nathan Outlaw. In order to complete the luxury of the experience, make sure to wear formal clothes. The average price of Al Mahara Burj Al Arab Restaurant Dubai for two people is 1300 AED. You can find Al Mahara Restaurant in Burj Al Arab Dubai on the ground floor.

Enjoy tasting delicious Arabic food prepared with special spices in a unique atmosphere of  Arab décor, arabesque seats and golden columns, as if you were sitting in one of kings’ palaces.

Prepare for the experience by wearing formal clothes.

The cost per person starts from 470 AED.

You can find Al Iwan Restaurant in the Burj Al Arab Hotel on the first floor.

Enjoy the family gathering and eat delicious European and Middle Eastern dishes at Bab Al  Yam Restaurant, have Burj Al Arab dinner and lunch at the perfect place to go in comfortable  casual clothes to enjoy a session overlooking the Arabian Gulf.

The average cost per person is 475 AED.

You can find Bab Al Yam Restaurant in Burj Al Arab Dubai on the ground floor.

If you are a fan of Eastern food, we invite you to visit Junsui Restaurant and enjoy eating Asian  dishes in a place full of luxury with decorations, furniture and service.

You can enter Junsui Restaurant in semi-formal clothes.

The average cost per person is 500 AED.

Junsui Restaurant is located in Burj Al Arab Dubai on the ground floor.

Eating Japanese dishes and drinks from the hands of the most famous international chefs who  prepared the recipes with Japanese steps with the addition of Latin flavors, to give a distinctive  taste different from the usual sushi dishes.

The average cost for two people is 400 AED.

You find it in the beach area in front of Burj Al Arab Dubai; you can enter in beach clothes.

Enjoy an imaginary session and pass through the glass hall to reach Sahn Eddar Restaurant and  Café. Enjoy Burj Al Arab breakfast in the morning and Burj Al Arab afternoon tea and Arabic  coffee. Do not miss watching live artistic performances and listening to oriental and Arabic  music.

The average cost for two people is 500 AED.

You can find Sahn Eddar Restaurant in Burj Al Arab Dubai on the first floor.

At an altitude of 200 meters above sea level, enjoy eating the most delicious international  dishes, especially French, with a full view of Dubai City as if you were above the clouds.

The average cost for two people is 1200 AED.

We promise you to enjoy the finest juices and specially prepared cocktails at an altitude of 200  meters above sea level at the Skyview Restaurant & Café.

The average cost for two people is 400 AED.

You can find the Sky View Café on the 27th floor, in the Burj Al Arab Dubai.

The cost per person is minimum 200 AED.

Majlis Al Bahar Restaurant in Burj Al Arab Dubai is characterized by elegant and simple decorations,  making it one of the romantic restaurants in Dubai, where the private Burj Al Arab beach is  located.

The restaurant serves a variety of delicious and best seafood such as grilled shrimp and lobster,  in addition to a variety of grilled meats.

Scape Restaurant at Burj Al Arab is one of the most famous restaurants. The restaurant offers  wonderful view of the Palm Island and Burj Al Arab Dubai, in addition to its distinctive design that  reflects the elegance of the hotel.

The restaurant serves dishes inspired by Californian cuisine with a wide range of seafood  dishes.

If want luxury accommodation and have royal treatment you have to stay at Burj Al Arab  hotel, where you will find all the means of luxury and relaxation in Burj Al Arab rooms. The  hotel was designed to serve a certain segment of guests and this was reflected in the price of  entry to Burj Al Arab Dubai.

If you want to book the Kings Suite to enjoy an imaginary experience that is unmatched by  luxury, be prepared to pay 24000$ per night in the Royal Suite at the Burj Al Arab Hotel  Dubai.

For Burj Al Arab Dubai booking services visit the official website for it. 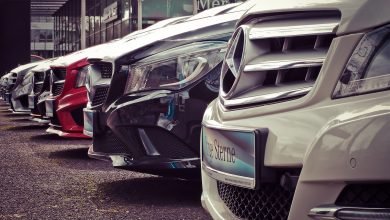 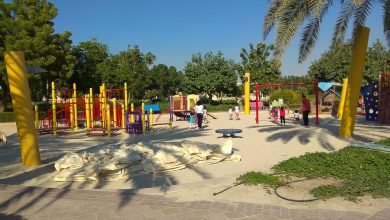 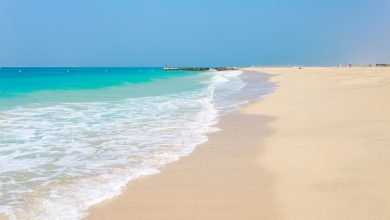 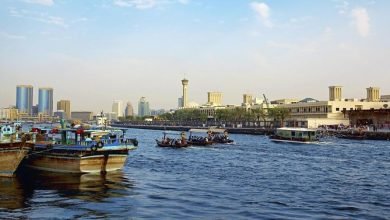